Our body, our organs, ours cells are submitted to mechanical stress. The influence of mechanical stress of living organisms is omnipresent. It depends not only on environmental and endogenous loads (pressure exerted by cavities and blood) but also on intrinsic mechanical factors of organs, such as shape, architecture, and mechanical properties of tissues. Mechanical stress could be the cause, the consequence, and/or might also simultaneously interact with biological processes. Cells are continuously subjected to mechanical forces that influence cell division, gene expression, cell migration, morphogenesis, cell adhesion, fluid homeostasis, ion channel gating, and vesicular transport.

Recent studies demonstrated that physical forces play a key role in plant and animal morphogenesis. The skin also possesses unique biomechanical properties that allow it to protect and conform to the body that it covers, the properties are also of great interest regarding dermatology surgery, aging skin and disease state. Aging-associating diseases of different mechanisms, such as cardiomyopathy, degenerative valvular disease, atherosclerosis, and osteoarthritis, and cataract present mechanical factors interacting with their pathogenesis.

Stress (σ) is defined as the force per unit area of a material. There are several kinds of mechanical stresses and all these stresses induce deformation: the strain (ε):

This law allows to study the evolution of the stress over the strain and the curve is composed of different regions:

After the maximum load is exceeded, the material deforms rapidly, and rupture occurs (failure point).

If we take as example the skin, during the initial stage of loading and up to a certain strain, the skin offers little resistance to deformation because elastic fibres dominate the behaviour, with a little involvement of the collagen fibres. If the stress is released, the skin returns to its initial stage. If loading continues into the plastic region, the increasing stress produces increasing strain. It is in this stage where the properties of collagen become relevant. In cutaneous surgery and wound closure, the surgeon seeks to find the optimal point on the stress-strain curve where application of stress produces the greatest strain but does not exceed the tensile strength of the skin.

Check our other news ! 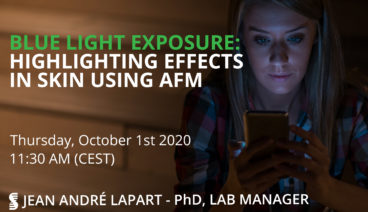 Highlighting blue light effects in skin using AFM: the replay of our webinar! 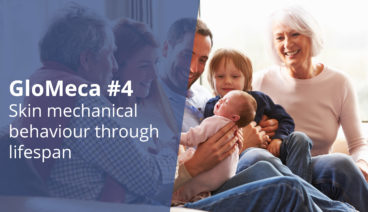 From a biomechanical point of view, ageing is a very complex process that seriously affects the functions of all organs and tissues of the body, and most often has irreversible effects on their mechanical behaviour. The most visible effects of ageing can be observed in…
Read more 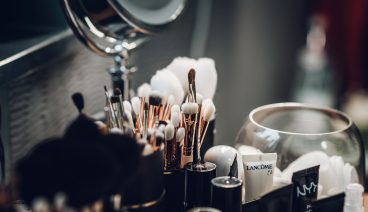 Wrinkles, oily skin, under-eye bags, acne/breakouts, dry skin… There’s a clear demand for products able to prove efficacy against a wide variety of consumer concerns. The protection of consumers from misleading claims on efficacy and other characteristics of cosmetics are…
Read more