In the first GloMeca, we talked about visco-elasticity and why skin is considered as a viscoelastic material.

Why talking about Hysteresis?

The literature says that hysteresis is “a lagging or retardation of the effect, when the forces acting upon a body are changed, as if from velocity or internal friction”.

From a mechanical point of view, skin can be compared to a composite material with a very-organized structure. Due to that complex structure, skin is a strongly anisotropic material, and we can explain its viscoelastic behaviour through the hysteresis in the stress-strain relationship.

In Biophysics, hysteresis is defined as the energy lost within the tissue between loading and unloading.

When the skin is stimulated repetitively with constant load peak, as Atomic Force Microscope does, the load-deformation curves shift in a load-elongation diagram and the hysteretic effects diminish.

As a reminder, in the AFM tapping mode, usually used for soft samples as skin, the cantilever is set to oscillate vertically at its resonant frequency. Once the tip is far away from the sample, the cantilever oscillates with constant amplitude, whereas for smaller tip-sample distances, the amplitude of the oscillations is lowered.

Differences between the set drive phase and phase of the cantilever response can be used to gain an insight into viscoelastic and adhesive properties of the sample under study. The area between blue and red curves represents hysteresis. Measuring this ratio gives a lot of information, mainly about elastic behaviour of a material. In fact, we obtain parameters of visco-elasticity through the overtime measure of hysteresis.

Skin elasticity is a property of the skin that enables it to recover shape when stretched or deformed, whereas skin visco-elasticity incorporated the water content of the skin and has a crucial role in skin barrier protection.

Furthermore, skin visco-elasticity changes in lifespan and researchers have found that aging and sun/UV light exposure can decrease it (Thakur, Batheja, Kaushik, & Michniak, 2008).

In that way, Atomic Force Microscopy looks like a relevant tool to investigate skin visco-elasticity and help to develop adequate skin treatments. 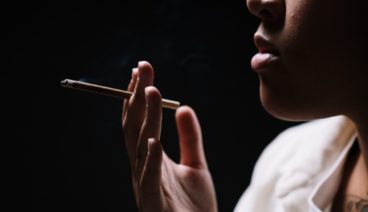 Are you a smoker? Here’s how it affects your skin!

Pancreatic Cancer Awareness Month is coming to an end and what could be better than to finish it with a good reading about the effects tobacco has on your skin? If you’re a smoker, or even if you’re planning to stop, we assure you this article will help you decide to quit it
Read more

Winter is coming: Here’s how to take care of your skin during cold times!  

The temperature’s dropping each day a little more and we often tempt to forget that our skin needs to be protected from these climate changes. If you want your skin to look perfect this winter, don’t forget to read this article!
Read more

Why are simplicity and multifunctionality new trends in the beauty market?

Less is more is becoming more and more a source of inspiration in many markets all over the world. This time, we’re talking about the beauty market and how simplicity and multifunctionaly has become a crucial fact to keep in mind when creating the formulas of their products.
Read more