Over the centuries, many devices have been invented to basically understand mechanics before it can be so widely understood and studied. A great understanding of skin mechanics is then a gateway to characterize mechanics properties of human skin and allows to observe its behavior under laws of elasticity*, torsion and force, which together are known as « Hooke’s law ».

Hooke’s law, applied on skin, is a principle of physics modeling its deformation* under external stretching, compressing, or bending. This law of elasticity is a link between the displacement or size of the deformation and the deforming force or load. This is why skin returns to its original shape removal of the load.

This ability to return to a normal shape after experiencing distortion is named « restoring force ». Refering to Hooke’s Law, this restoring force is generally proportional to the amount of stretch* experienced by the skin. The law may also be expressed in terms of stress and strain.

Hooke’s law can be formulated as: Figure 1 : Illustration of Hooke’s law, showing the relationship between force and distance when applied to a spring.

Behind this law, Robert Hooke, a 17th century British physicist who gave his name to it, demonstrated a relationship between the forces applied to a spring and its elasticity. Thanks to this experience, he noticed that the stress vs strain curve for materials such as skin, has a linear region. This law was first extracted in 1660 from a latin anagram, and then used as a solution in 1678 under the form « ut tensio, sic vis », that means in english « as the extension, so the force » or « the extension is proportional to the force ».

One century later, Hooke’s law could relate strain to stress in the linear elastic domain, thanks to a modulus named… Young’s modulus.

Young’s modulus is a numerical constant, named by the 18th century english physician Thomas Young. It describes the object’s resistance to being deformed elastically while an external force is applied to it. Young’s modulus is equal to the longitudinal stress divided by the strain.

What is the difference between Hooke’s law and Young ‘s modulus ?

Hooke’s law is a fondamental rule of thumb applied on skin that describes a direct proportionality link between the force applied on an object and the induced strain. Young’s Modulus is a constant coefficient stiffness*, named k, which describes how stiff is the skin or how likely it is to deform. Young’s modulus can be derived by compressing the skin then measuring the stress and strain. Figure 2: Stress and strain curve at the Hooke’s law scale.

According to Hooke’s law, elastic behaviour of a material is partly due to small displacements of its constituent molecules. These displacements are also proportional to the force caused by displacements themselves.

The skin is defined as perfectly elastic as it returns to its initial shape after applied forces. Then skin plays under mechanical laws that might redefine its own properties.

AFM aquires any information about skin mechanical properties that are measured with an optical system spotted on a cantilever. From the deflection of the AFM, the force can then be calculated with the Hooke’s law, when the spring constant is known.

On the scale of a more than 300 years old’s law, AFM represents one of the most modern and efficient methods to characterize elastic properties of the skin.

Two famous physicists from respectively 17th and 18th century, many developments on skin research and a vibrant BioMeca’s team to bring you powerful tools to revolutionize in vitro and ex vivo efficacy tests.

The dermis is largely composed of dense collagen-rich extracellular matrix (ECM). Dermal collagen represents by far the most abundant ECM protein and constitutes the bulk of skin.
See the study

Skin mobilization is the result of the different mobility capacities of the skin and its underlying structures. When the skin is stretched and mobilized, there is an elastic restoring force opposite to the axis of tension,which tends to return the skin to its previous state.
See the study

Epidermal differenciation triggers to the formation of apoptotic cells, corenocytes more or less cohesive. One of the main role of these cells is to regulate epidermis permeability. The skin barrier is due to the accumulation of lipids.
See the study
DON’T MISS ANYTHING

Holistic Beauty: Everything you need to know is already inside you

Holistic beauty is a trend you have probably heard a lot. In this article we will explain you how to jump in this trend and everything you need to know about it!
Read more 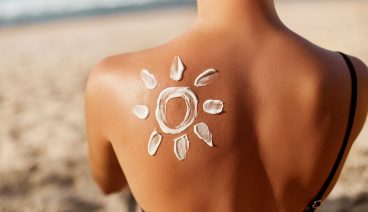 Sunlight may be beneficial to the human body, but excessive exposure can cause considerable damage to the skin. Sunburn, skin allergies, hyperpigmentation, or photoaging (accelerated aging of the skin due to the sun), many skin disorders can be caused by radiation.
Read more 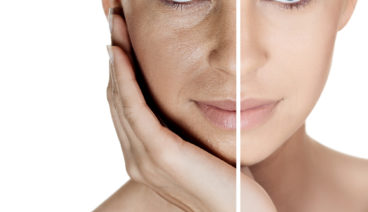 CBD-based cosmetic products are more and more important on the market despite a still unclear legal context. Sold as being antioxidant, anti-inflammatory, beneficial for oily and acne-prone skin but also for wrinkles, what is the reality behind the use of cannabidiol?
Read more